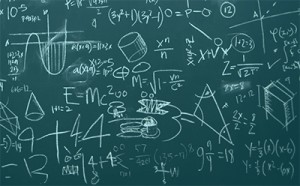 Math on the SAT and ACT, at least in the modern era, has been more a challenge of problem solving skills than one of mere content knowledge and calculation ability. Students on advanced math tracks tend to be far removed from anything actually tested on these exams. In fact, the knock on the last version of SAT Math was how tricky the problems were, even though they tested relatively simple concepts (and even included geometry formulas at the beginning of each math section!) The ACT is often considered a more straightforward test, even though the Math section tests Algebra 2 and trigonometry.

But these tough tests have become a bit tougher nowadays. The SAT Math section was dramatically revised in 2016, but even the ACT has shifted slowly but surely over time. On ACT Math, we see this attenuated evolution manifest in the form of unexpected math concepts tested more and more frequently. As a result of these changes, students can expect to be tested on any one of a variety of advanced math topics on any given SAT or ACT.

Test takers seeking top scores in the Math sections of the SAT and ACT should be prepared to answer problems involving the following concepts:

The bad news is that no list of advanced math topics on the tests can ever be complete, since the test makers continue to sneak in new content. The good news, however, is that a student can earn a terrific Math score without knowing any of the advanced math topics. Only a few of these concepts are tested on any given test and thus contribute only a handful of points to the overall Math score.

Testers should be much more concerned with fundamental concepts in arithmetic, algebra, and–at least on the ACT–geometry. Emphasize problem solving and fast, efficient work to maximize points. Mastery of core math content combined with the right strategies and lots of effective practice opens the door to your optimal math scores!