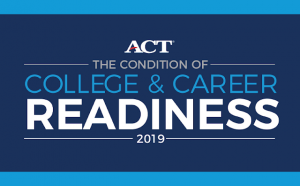 With so many critics screeching for an end to standardized exams, you’d think their primary objections centered around how anachronistic #2 pencils seem in a digital age or how debilitating the pressure of a high stakes test can be for parents. Sometimes, though, the real threat of testing lies in what truths the scores reveal. Even if you loathe the idea of college entrance exams playing a significant role in college admissions–even though you shouldn’t–you’ll want to consider the implications of ACT’s annual College Readiness Benchmarks report.

Previous articlePractice Tests: How Many, How Often, and How to Do Them RightNext article Are Some SAT or ACT Test Dates Easier Than Others?