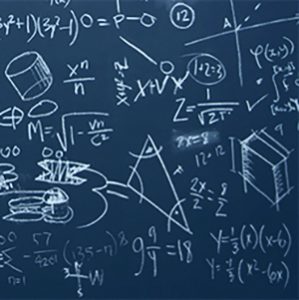 The esteemed creators of the ACT have long been admired for their prudence, rarely seeking the spotlight or attracting animosity the way their competitors at the College Board cannot help but do. Circumspection is the word over at the ACT offices in Iowa City, which means that significant changes in a significant exam often go unannounced. They didn’t tell us in advance when they started included paired passages on every test. They didn’t alert us to the gradual but apparently enduring change to six rather than seven passages on the Science section. And, without telegraphing their intention, they appear to be making the ACT Math Test harder.

How can we read the cards held so close to ACT’s proverbial vest? Unfortunately, the bad news is plastered all over The Official ACT Prep Guide, 2016-2017. I would be remiss in hiding my disdain for this book, in which ACT has violated major precepts of standardized test preparation, first and foremost the ironclad law that the best practice tests are previously administered official exams.

On the other hand, ACT’s failure to publish an acceptable selection of practice tests does provide enhanced insight into the organization’s blueprint for future tests. In particular, we learn a lot about the ACT Math Test. The publishers cobbled together the Math Test for each of the three exams in The Official ACT Prep Guide from previous exams, primarily the five from The Real ACT Prep Guide, 3rd Edition. Because we know those tests so well, we can more readily observe what appear to be substantial increases in difficulty:

ADVANCED CONTENT
For a time, the ACT was the exam that rewarded advanced math understanding, while the SAT accrued benefits to skilled readers. Last year’s publicized revision to the SAT flipped the script, making the SAT the test of choice for mathletes. Apparently, even though the ACT is very much a reading test, the testmakers don’t seem willing to concede ground on the quantitative side.

We’ve always observed a smattering of advanced math topics on each ACT Math Test, including concepts like logarithms, matrices, and trigonometric graphs. The tests in the current ACT book expand the pool of tested topics to include concepts like factorials, vectors, and complex numbers. Plus, each test included plenty of those excessively wordy word problems people get so worked up about.

RELATIVE DIFFICULTY
The College Board, to its credit, has always taken great pains to share as much information about question difficulty on each section of every SAT, though that may change with this newest iteration. The ACT, on the other hand, has been something of a black box, with most aspects of difficulty assessment and distribution opaque to those outside the organization. As far as ACT Math goes, we’ve always perceived a general increase in difficulty from the beginning of the section to the end. Question #1 should relatively simple, while question #60 is usually one that most students get wrong.

Even though ACT doesn’t tell the public which questions are considered difficult, we’ve been able at Chariot Learning to identify the truly tough questions by paying attention to our own pool of hundreds of students a year. If, while reviewing questions from The Real ACT Prep Guide, we observed that most students answered a certain question incorrectly, we made a special note, which helped guide later test review sessions. Our thorough records raised certain concerns while reviewing the newest practice tests.

The most egregious example of this overall increase in question difficulty can be found in ACT 1 in the new book. #23 appears, at first glance, to be a simple factoring problem. However, this problem was #43 in ACT 1 in the old book and, due to ambiguous wording, most students had no idea what the question even asked. This was easily the toughest question–based on how many students answered it incorrectly–and now it ranks #23 out of #60 in an official representation of the current ACT.

Three tests don’t offer enough information to support definitive declarations about test trends. Nonetheless, anyone paying attention to the direction ACT is taking with the Math Test should be concerned. A broader range of advanced topics might not matter much in the long run, but an overall increase, whether intentional or accidental, in relative question difficulty will matter quite a bit both to the teens who take the test and admissions officers who evaluate the skewed, incomprehensible scores.

Previous articleDealing with "Old" Passages in SAT & ACT ReadingNext article Today, I Will Do What Others Won't...

In tutoring I notice that certain students get thrown off by the early, difficult problems; I warn them that the difficult level of the new test is greater so don’t let your pacing get hurt by the random difficult question. They don’t have to have a perfect raw score to get a 36.

I appreciate the comment, Kate. That Math scale is generous, but I don’t trust it, since none of these sections were administered officially in their most current forms. The test makers usually get the benefit of the doubt from me, but they’ve lost it in this regard until we see some consistency between practice and official tests!