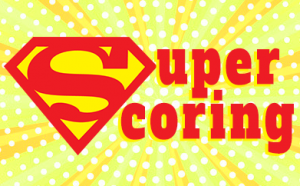 A test score is a score is a score, unless the score is being evaluated for college admissions purposes. We’ve never seen as much uncertainty around how SAT and ACT scores are used by colleges as we do today. Not only do many schools allow students to choose whether to send test scores at all, but the ones that do require or recommend scores have a surprising diversity of ways to evaluate those scores: highest single test, most recent test, average of all tests, superscore of just SAT or ACT, or superscore of both.

Superscoring, if you haven’t yet heard of this marvelous policy, occurs when applicants are permitted to send scores from multiple test administrations to colleges, after which admissions staff will construct a new composite score derived from the best scores from each section across multiple tests.

Current estimates indicate that roughly 50% of colleges superscore either or both of the tests. Some do so for admissions purposes only, some for scholarship only, and others for all purposes. Generally, schools that only superscore one of the two tests will superscore the SAT for a couple of reasons. First, many schools reputedly find superscoring the SAT easier, since simple addition is all that is required. However, the more likely reason is that College Board was open to superscoring earlier than ACT.

While ACT’s earliest stance opposed superscoring, the organization recently conducted several studies to test the validity and fairness of superscoring for predicting college success. To allay concerns that superscoring may overstate some students’ abilities (in testing terminology, ACT conducted a study on the validity and fairness of different scoring methods entitled How Should Colleges Treat Multiple Admissions Test Scores? For good measure, ACT researchers also looked at the Impact of Superscoring on Subgroup Differences. What did the organization uncover?

Basically, the studies suggest that, of the four options of evaluating test scores, superscoring is most predictive of college success. Even better, combining an SAT and/or ACT superscore with high school GPA is even more accurate in predicting FYGPA, how a student performs in the first year of college.

ACT deserves credit for exploring issues such as inconsistent treatment, fairness, and equitability. In the cohort of 2018 high school graduates who took the ACT, 44% retested, and most of them tended to have higher ACT scores. Underserved students are less likely to retest compared to more affluent peers, but even these groups benefit from a comprehensive superscoring policy (and expanded access to testing!) In essence, as far as the most recent studies conclude, not only is superscoring fair, but it is the most fair of all the score evaluation policies. ACT now officially recommends superscoring. While every college bases admissions policies on a plethora of internal and external data, these most recent analyses of the benefits of superscoring may prove persuasive sooner rather than later.