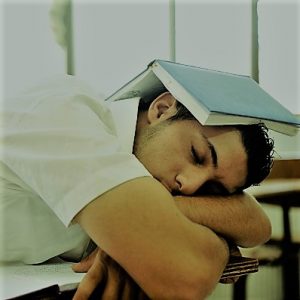 Author David Benioff wrote a line about envying people who sleep easily: “Their brains must be cleaner, the floorboards of the skull well swept, all the little monsters closed up in a steamer trunk at the foot of the bed.” This sentiment sounds poetic but may also be supported by science.

Neuroscientists at the Center for Sleep and Consciousness at University of Wisconsin–Madison conduct deep research into the mechanisms and functions of sleep. Drs. Chiara Cirelli and Giulio Tononi have posited the synaptic homeostasis hypothesis, according to which “sleep serves to renormalize synaptic strength, counterbalancing a net increase of synaptic strength due to plasticity during wakefulness.” What exactly does this mean? Basically, the brain resets while we sleep at night, which creates room for more growth and learning the next day.

These researchers led a team studying the brains of mice via sophisticated electron microscopy. Without getting into the intricacies of the study, they observed that a few hours of sleep led on average to an 18 percent decrease in the size of the synapses in the mice brains. Why does this matter?

According to Cirelli: “When we are awake, learning and adapting to the environment, synapses—-or the connections between neurons—-get strengthened and grow. But you can’t keep growing the synapses. At some point, you will saturate them.”

According to Tononi: “Extrapolating from mice to humans, our findings mean that every night trillions of synapses in our cortex could get slimmer by nearly 20 percent.”

Basically, as our brains are functionally offline, synapses shrink as knowledge and memories are reorganized, encoded, and pared down. We awake with more capacity to learn. Exciting, right?

TAKEAWAY: We’ve known for a long time that adequate sleep supports better performance everywhere, including school. In fact, interleaving sleep with studying leads to improved learning and retention. Now we’re beginning to understand why. So when you do the tough part–superior test preparation and practice testing–to prepare for a big exam, do the easy part every step of the way to ensure best results: GET A GOOD NIGHT’S SLEEP!

Previous articleIf You Do The Work, You Get Rewarded...Next article Work Smarter, Not Longer